The Summer of 2018 was rough - my 10 year-old grandnephew Connor passed away after a short illness. It was a shocking and terrible time for our family, especially for Connor's parents, siblings, and grandparents (he was my youngest sister Audrey's grandson). Connor was a generous, kind-hearted boy who was always helping others. In his memory, RANDOM ACTS OF KINDNESS FOR CONNOR was started by Connor's mother. In your travels, you may come across this postcard. Please attach $1, $5, or whatever you can afford, and leave it somewhere for another less fortunate. Thank you. 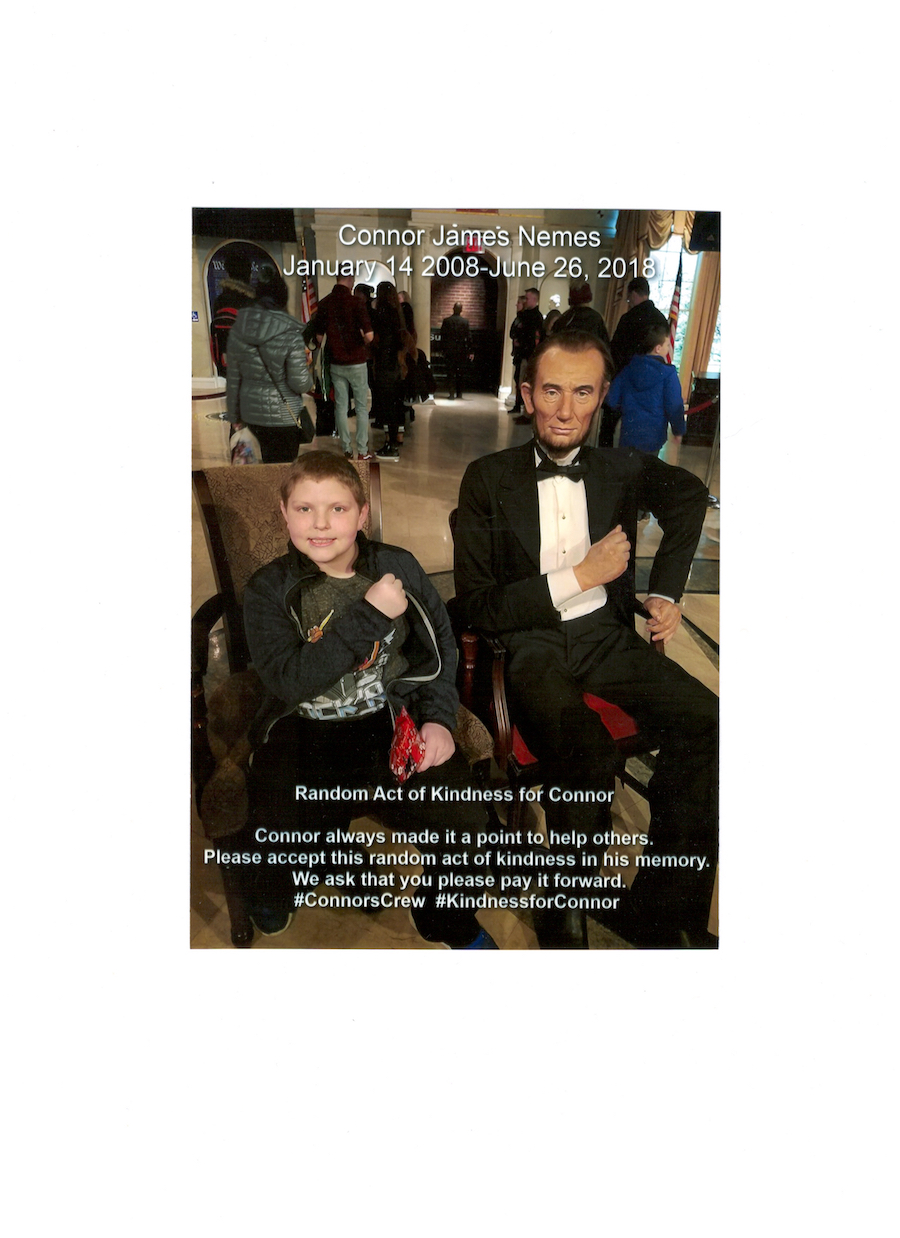 With Respect to Acting:

In June, I shot an episode of HOMICIDE HUNTER, another recreation murder show. I play a crazy neighbor who is incensed about a car being parked thisclose to her driveway. It was unlike anything I've ever done before and I look horrendous! Don't know when that airs, but I believe it is the 8th episode of this current season.

The Summer came and went with only a few auditions - but I did get a callback for a feature directed by MICHAEL LEMBECK. I was hoping to book that one - it was a comedy and after a long day of hearing the same material over and over, Michael, the CD's, and producers all laughed at my audition. Even though I didn't get cast, it was a very gratifying experience.

As if there wasn't enough to get our knickers in a knot politically, we found a townhouse in Marietta that we love, but every single day of buying it was a battle.

Our lease at the Midtown Atlanta condo was ending, and by mid-month (after being told we were approved), we still didn't know for sure if we had a loan. It took countless hours and a few well-placed phone calls to the Pres/CEO's of two different companies to finally make it happen. As many of you know, I am like a dog with a bone with this kind of thing - there was NO WAY we were not buying the townhouse!

When we moved to Atlanta a year and a half ago (hard to believe!), we gave away or sold virtually all of our furniture and many of our possessions. But, we still had a 10x10 storage unit in Van Nuys PACKED solid with things that didn't fit in our cars. David flew to LA at the beginning of Sept. to oversee the loading of the cross-country move to bring our stuff -- to where? At that point, we didn't even know if we had a place to live!

Finally, a week after the original closing date, all was settled and we bought the townhouse. We are now in the process of settling our new home.

Oops, you forgot something.

The words you entered did not match the given text. Please try again.